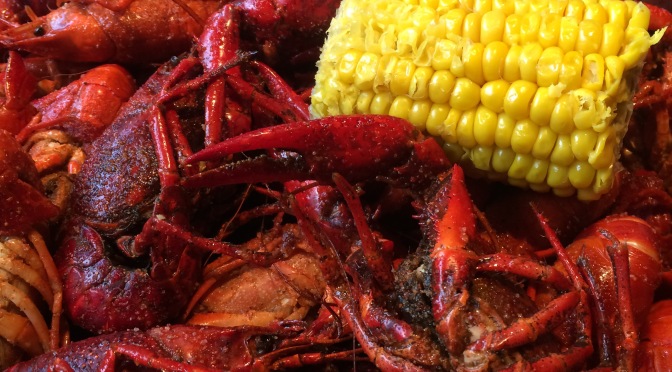 Being in south Louisiana I was really expecting some fiery crawfish with out of this world flavor.I was hoping that Jane’s Seafood was going to scratch that itch.

I ordered the extra spicy mudbugs to be sure. Sadly, they were only medium in heat intensity (they made my lips cherry red and I drank a whole pitcher of iced tea, but the residual flavor was lacking.

The tail meat was pretty bland by itself. I don’t know if they aren’t soaking them, but that is my impression. Further, the potatoes and corn were not cooked in the boil–another hit at blandness. I also was expecting to see boiled onions, garlic, lemon, and maybe even orange, but I think they just use standard crab boil.

Don’t get me wrong, they were tasty, but I expected much more my first time eating crawfish so far south. This place is popular and they have good food, but the crawfish ain’t a patch to Crawfish Hole #2 in Dixie Inn, LA.  Nevertheless, it was a good day as I had a pile of crawfish.