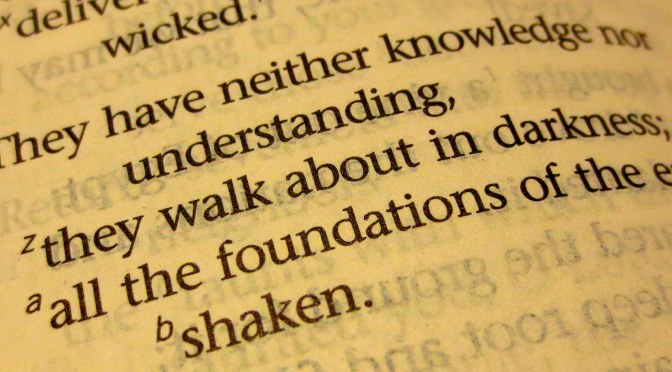 We live in a world where everyone is hypersensitive and we expect everyone to be nonoffensive. That sounds great. Who wants to be offended anyway? These expectations have culminated into full-on demands where it appears that nobody is permitted to have an opinion about anything. At least no one is permitted to have a dissenting opinion.

Where did this come from? Generally speaking, there are two positions: right and wrong. Left and right. Up and down. Creation and evolution. Abortion and pro-life. Gay and straight. Maybe my memory is failing, but wasn’t there a time where you could hold a view contrary to another and not be labeled as a hater?

Our society used to have a sense of right and wrong. Now, we embrace some distorted pluralist view that there is no absolute right and wrong, or worse, it doesn’t even matter. I recently had a religious discussion with a friend. I was explaining how pluralism does not apply to Christianity as Jesus said, “I am the way, and the truth, and the life. No one comes to the Father except through me.” (John 14:6) It’s pretty straightforward. Either it is true or false. You agree or disagree. He easily could have said, “You’re wrong.” It would have been refreshing to receive such an honest response.  Even saying, “I don’t know” would have been acceptable in this case. 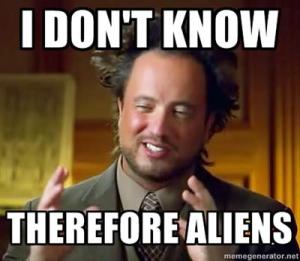 Instead, I received some vapid postmodern double-speak. I still don’t know what to think of it. His response was something like this: “I have searched and am no closer to knowing if God is real or not [fair enough], but the First Amendment guarantees everyone freedom of religion and I’ll defend that 100%.” That’s like saying, “I don’t know if you like Cocoa Puffs, but let’s think about the Monroe Doctrine.”  I know why he brought up the First Amendment, but it had nothing to do with the conversation at hand.  Let’s leave the fallacies to the professionals, please.

I can understand if someone is unsure of their religious views. It is a very lofty subject that has eternal implications. I also agree that freedom of religion is terrific, but the First Amendment was piggybacked onto the former statement which only confounded the issue. I asserted that John 14:6 is true, and instead of telling me I’m wrong, I get some noble Voltaire-ish rhetoric, except the quote that is misattributed to Voltaire begins with, “I disapprove of what you have to say…” There is a judgment statement attached to it. Instead, let’s not judge because truth is relative, or more appropriately, truth is irrelevant, and I’ll defend it anyway.”

Whaaaat? This is an exercise in absurdity. There is no truth. There is no falsehood. It’s all immaterial. I’m reminded of the Esurance commercial when the lady exclaims, “That’s not how any of this works!” This isn’t mere apathy, it’s propping up the virtue of ignorance.

“That’s not how any of this works.”

We aren’t discussing ice cream flavors. These are important matters! Is Jesus the only way? Is abortion murder? Are Trix really for kids? You can’t give a neutral response and wrap yourself up in your Enlightenment superhero cape.  In a world where far too many refuse to take a position of consequence, it is admirable to encounter someone who has the courage to take a stance even if he is in peril of being wrong.